Supply Pilot helped Woolworths to overcome the challenge of collecting the data required to adhere to a new country of original labelling law. This new law enables consumers to make quick, informed decisions about the products they buy. 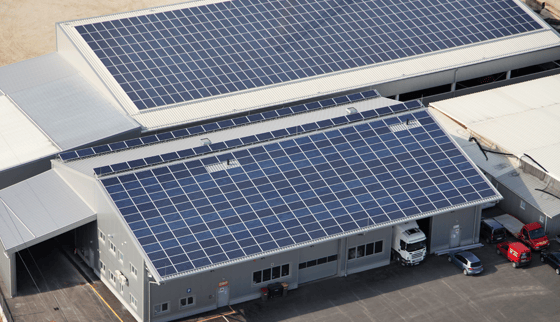 With the help of the Supply Pilot and their award-winning platform, Woolworths was able to engage and activate suppliers for over 25,000 branded and own brand products.

The Australian Government introduced a new country of origin food labelling system in July 2016 which now falls under the Information Standard under Australian Consumer Law.

Under this Information Standard, businesses had two years to transition to these arrangements. The new label system hopes to make things clearer for consumers, allowing them to make quick, informed decisions about the products they buy.

Supply Pilot developed the Six-Step Process after over a decade of succeeding despite the complexity and scale of retailers and brands collaborating with their suppliers.

Collecting data around the country of origin from hundreds of suppliers over a large product portfolio is a brilliant application of the framework. This is because it is able to break down such a huge and complex task into manageable chunks - the end result being a high supplier response rate and therefore more complete data. 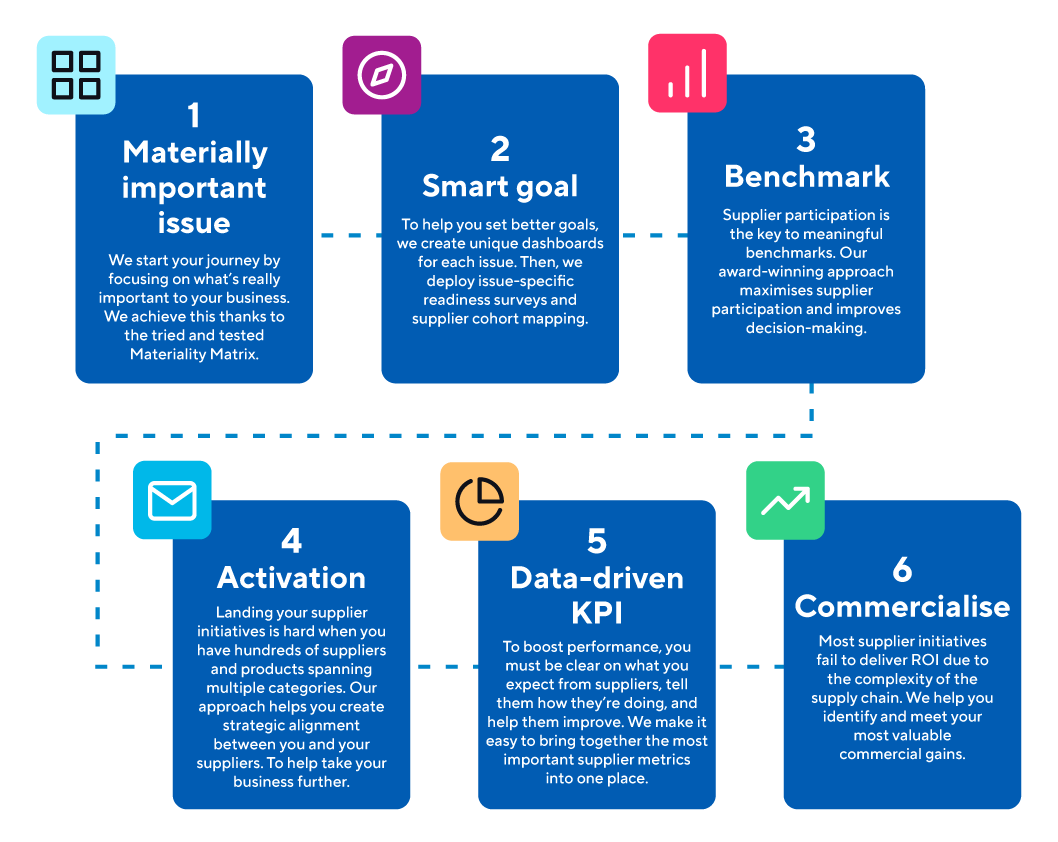 Applying the Six-Step Process to country of origin food labelling

Due to the introduction of a new country of origin food labelling system into law, collecting this supply chain data became a materially important issue for Woolworths. This meant that the first step of the process had already been complete. Around half of our customers begin working with us at step two, having identified the important issues to their business and stakeholders internally.

The primary goal of the project was to collect the country of origin data from suppliers required by the new legislation. But it would also enable Woolworths to identify any out of date product or supplier data, add new products to the system, and improve their overall data integrity.

The purpose of establishing a benchmark was to understand how Woolworths were currently performing against their SMART goal - in short, how much country of origin data did they already have.

But before the launch of the country of origin survey, Supply Pilot's Campaign Team ran a supplier contact accuracy campaign. This campaign ensures that, when we request suppliers to provide country of origin information for the products they supply, it is sent to the right person within the supplier's organisation. As part of this phase of the project, the "why" behind the project was communicated to suppliers so they understand the significance, scope, and steps that needed to be taken for the new piece of legislation. It also provided an opportunity for Woolworths to emphasis the importance and commercial opportunity of product provenance as part of their category strategy.

Typically retailer and brand supplier data is only 18% accurate. This low level of contact accuracy means that supply chain data collection exercises can be delayed by months whilst emails are sent to:

The vast number of products within the Woolworths portfolio and the consequences of not adhering to the legislation required a quick solution. Manufacturing and artwork lead times meant that the retailer’s deadline needed to be considerably earlier than the government’s deadline.

This meant that having a collaborative approach with suppliers was more important than ever. Pre-populating known data for suppliers completing the product information survey (rather than using the historical ‘blank spreadsheet’ approach) was vital to ensure the efficiency of the project by reducing the burden on suppliers.

Supply Pilot’s expertise in supplier engagement led to a rapid response rate with 70% of all branded and own brand product information submitted within two months of the project being launched. Suppliers were able to use the Supply Pilot Platform to inform Woolworths of their new country of origin statements for both own brand and branded products.

For most retailers running this type of campaign, problems typically surface further down the line when the data is in and the reporting begins. To avoid this, the Supply Pilot Platform provides supplier dashboards that show which information within a product specification or product lifecycle management (PLM) system has been provided by suppliers. This enables data to be loaded into systems in increments which has been instrumental in ensuring artwork lead times can be met.

This step of the process also included keeping the data up-to-date after the regulation deadline via data quality education campaigns and data completeness dashboards.

The supplier engagement campaign was run alongside the launch of Woolworths supplier portal.

As well as collecting the detailed information required, the exercise identified any out of date product data for inactive products, which could then be corrected for data integrity purposes, and allowed many new products to be added to the system, resulting in a highly accurate report on the volume of products needing action.

Woolworths was then able to risk assess the impact of the labelling legislation changes as a business and take the necessary action to ensure compliance by the July 2018 deadline.

Targeted email communications were sent to suppliers based on how far they had progressed towards completing the country of origin survey. This meant that Woolworth's project team had complete transparency over how the project was progressing, whilst Supply Pilot's Campaign Team could most efficiently focus their energy and effort based on actual supplier activity.

Supplier questions and feedback were centralised into a single inbox. Suppliers received a consistently high level of personal support from a team that was empowered to manage supplier queries in the most efficient way possible.

The specific question requirements for the country of original labelling were integrated into the Supply Pilot Platform as a dedicated form. The flexibility of the Platform meant that Woolworths weren't constrained to a standard questionnaire and had the freedom to expand the questions that were most relevant to the new legislation as well as their business.

Online dashboards provided near real-time transparency of responses as they came in. Like the forms themselves, the dashboards and complementary data extracts allowed Woolworths to visualise the results in the most valuable way to the project team and their internal stakeholders.

included in the data gathered

Keeping up to date with new legislation which relates to vast amounts of data can feel like a confusing and impossible task. Our approach solves this problem by facing it head-on.