What business can expect from COP 27: our Advisory Group’s predictions 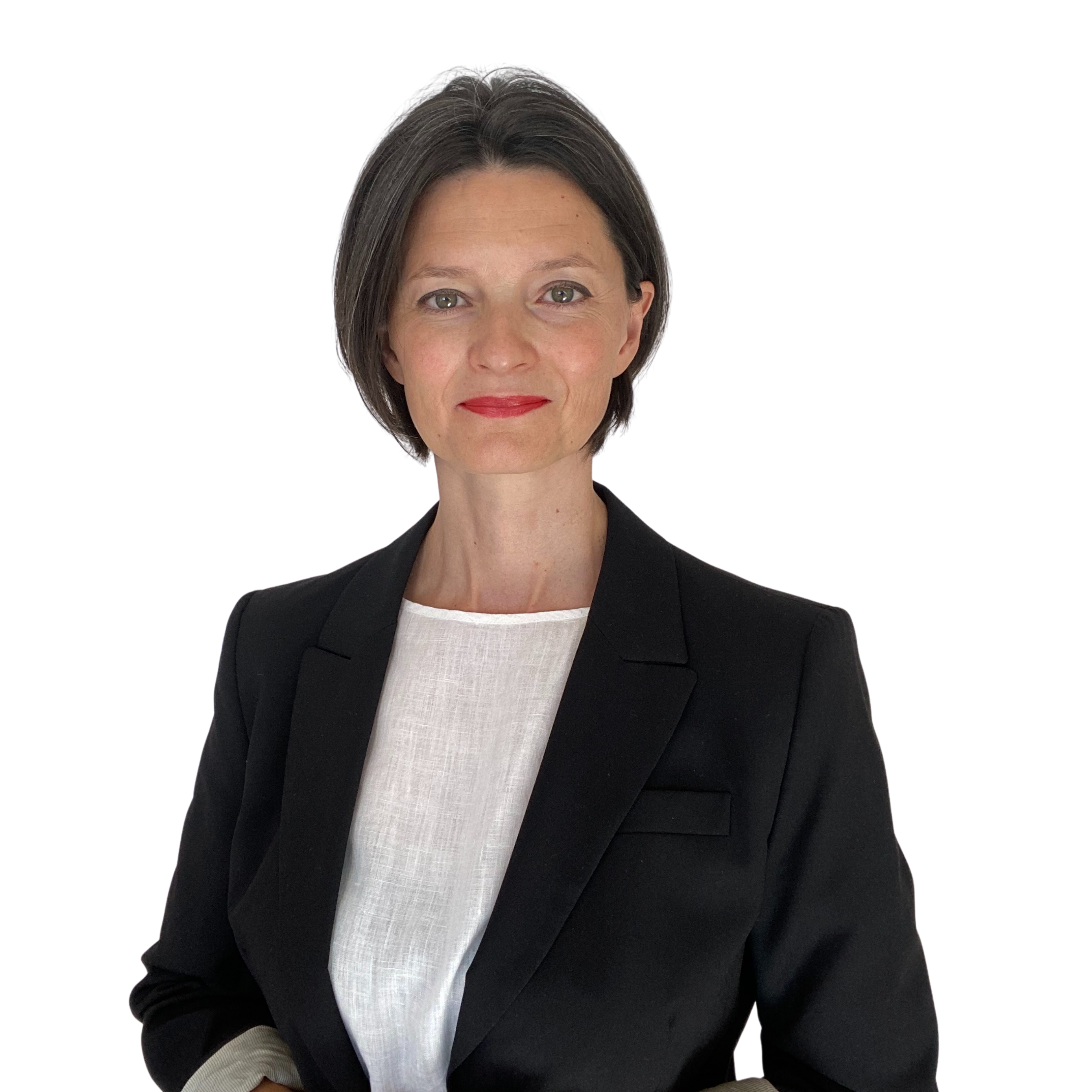 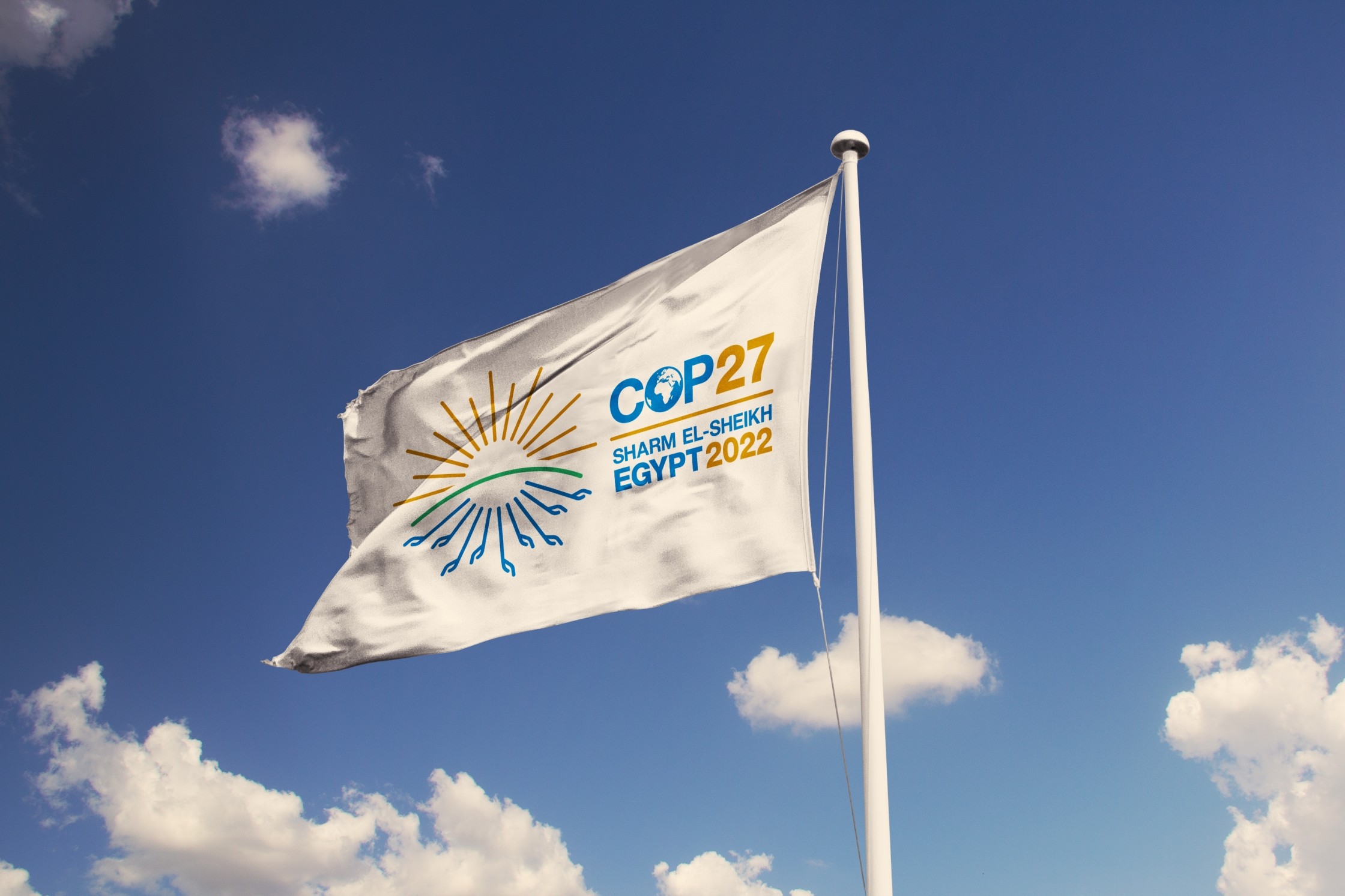 Recently, I have had more climate change conversations than ever. The surprise tornado and late heatwave in France during October seems to have woken more of us up to the current climate emergency. And because it is an emergency, one of the things we desperately need is action to drastically cut greenhouse gas emissions.

As businesses, we are subject to laws that come after countries make international agreements on climate action. The implementation process of these agreements can be excruciatingly slow and frustrating, especially for companies that want to operate on an equal basis on actions such as cutting emissions. Businesses can often move quicker than governments and the sooner we act, the sooner we build resilience.

The Conference of the Parties (COP) is the annual climate conference of the United Nations where countries come together to agree on actions to tackle climate change. In 2015 at COP21, the Paris Agreement ) was made. This was a promise made by countries to limit global temperature rise to 2°C, preferably 1.5°C before 2100. 195 countries are signatories to the legally binding agreement and every country must reduce a certain amount of carbon emissions. There is much pinned on COP27 as the conference of implementation where countries finally act on previous climate agreements.

In advance of the 27th COP in Egypt, and as Supply Pilot’s Advisory Group, we put our heads together to predict the key outcomes and what those might mean for businesses in our core domains. These huge events are tricky and somewhat unpredictable (!), but we have tried to give a taster of what to expect. We also give our go-to online resources for up-to-date COP27 and climate knowledge.

My hope is that polluting countries make their emissions targets more ambitious and put clear policy actions on the table. They must also give previously promised money to countries that are most affected by climate change to help them adapt. If the money isn’t forthcoming, we risk losing the engagement of those low polluting countries – and that means that agreements can be vetoed, which would be a backward step.

Being optimistic, I predict the following outcomes will have an impact on the food and beverages sector:

For businesses, this will mean greater B2B and C2B demand for less polluting products and a push through the supply chain to cut emissions. Though having said that, whilst there will be more actions than in COP26, it will sadly take another year or two of protests and fuel and food shortages to really galvanise businesses into meaningful climate action in their supply chains.

My go-to online sources for COP27 and climate news are the COP27 website, climateone podcast, Climate Action Tracker, and page 92 of the IPCC report on adaptation – this has a lovely picture of restorative human activities that stand up to climate change. These aren’t fairy stories, but solid evidence-based scenarios. I keep this to hand to help better explain the solutions.

My hope for COP27 is that finance is delivered for a just transition to a low-carbon economy that includes capacity building.

My predictions for the textile and fashion industry are:

My go-to resources are the UN News and the Climate Change Newsletter.

While climate change effects have been visible to us all over the last few years, I hope this translates into a greater urgency to take meaningful action!

I want to see real action, instead of using COP events as a political platform. I would like to see meaningful targets, and crucially, actions and their progress made public. Governments must be held to account if they don’t make progress through trade sanctions, for example.

My predictions that will impact the chemical industry are:

I hope that retailers and manufacturers embrace the opportunity to develop their own policies to phase out unregulated chemicals. I also want more collaboration between retailers, in a pre-competitive state, to accelerate the advancement of the policy.

My go-to COP27 online sources are the BBC and COP27 website and social media.

As a grandmother, my hope for COP27 is for radical collaboration and openness across all countries and sectors. We are currently living through some of the biggest problems ever faced such as the hunger crisis in East Africa and the Russian invasion of Ukraine affecting Egyptian food security. , We need skilled negotiation and communication to turn the commitments into meaningful action.

This meeting will set the tone and pace for next year’s summit and will prepare the road to 2030 and beyond. So I’m delighted to see that Rishi Sunak, the UK’s Prime Minister, will indeed be attending. This is the absolute minimum e w should expect from the PM of the nation who hosted COP26 last year in Glasgow. I’m also pleased that Boris Johnson is attending and that King Charles is hosting a COP27 reception. As a royal and long-time practicing ecologist, he is a man ahead of his time.

Nevertheless, I'm very concerned about greenwashing – from Egypt’s restrictive dictatorship trying to distract from their human rights history to sponsorship by a renowned plastic polluter. Protestors will rightly highlight this.

My hope is that the permacrisis doesn’t distract from climate change and allow businesses and the governments to take their eye off the ball. We must remind ourselves that we are heading for a 1.7 degree increase in global temperature which would cause major migrations towards habitable land along with sea level rise reducing this available land. For example, coastal erosion near the town of Norwich in the UK is predicted to lose 97 metres of land. This is equivalent to the length of two football pitches and the forecast states that this will increase to 150 metres over 50 years.

My go-to information on COP 27 is edie – and I recommend this article on Net Zero and COP27. edie keeps me optimistic as it shows what is doable by the many start-ups and new technologies tackling climate change. LIF Innovators is an internet platform on which I have previously delivered mentoring , and there are fantastic new tech ideas that could scale up to create a bigger impact.

These disruptive doers give me hope that my granddaughter will inherit a better world.

In terms of a concrete outcome, I will focus on the leisure industry, where I believe this year has demonstrated the rate of climate change to even the greatest sceptics. I also believe that the younger generations ‘get it’ best and it is in their interests more than most to hold their elders to account! For that reason visitor attractions (in my case, I am involved with The National Forest, Chester Zoo, The National Space Centre) can play a significant part in educating people (alongside schools and businesses) via exhibits, education and help with how to hold others to account.

My go-to source of information is the COP27 website because it’s easy to use and I remember it!


Summing up, we hope you now know what to expect from COP27 and take away some ideas for your business direction. While our hopes for COP27 may be high, we see rich potential for meaningful action, and, the Supply Pilot Advisory Group is already helping those businesses who want tackle climate change. 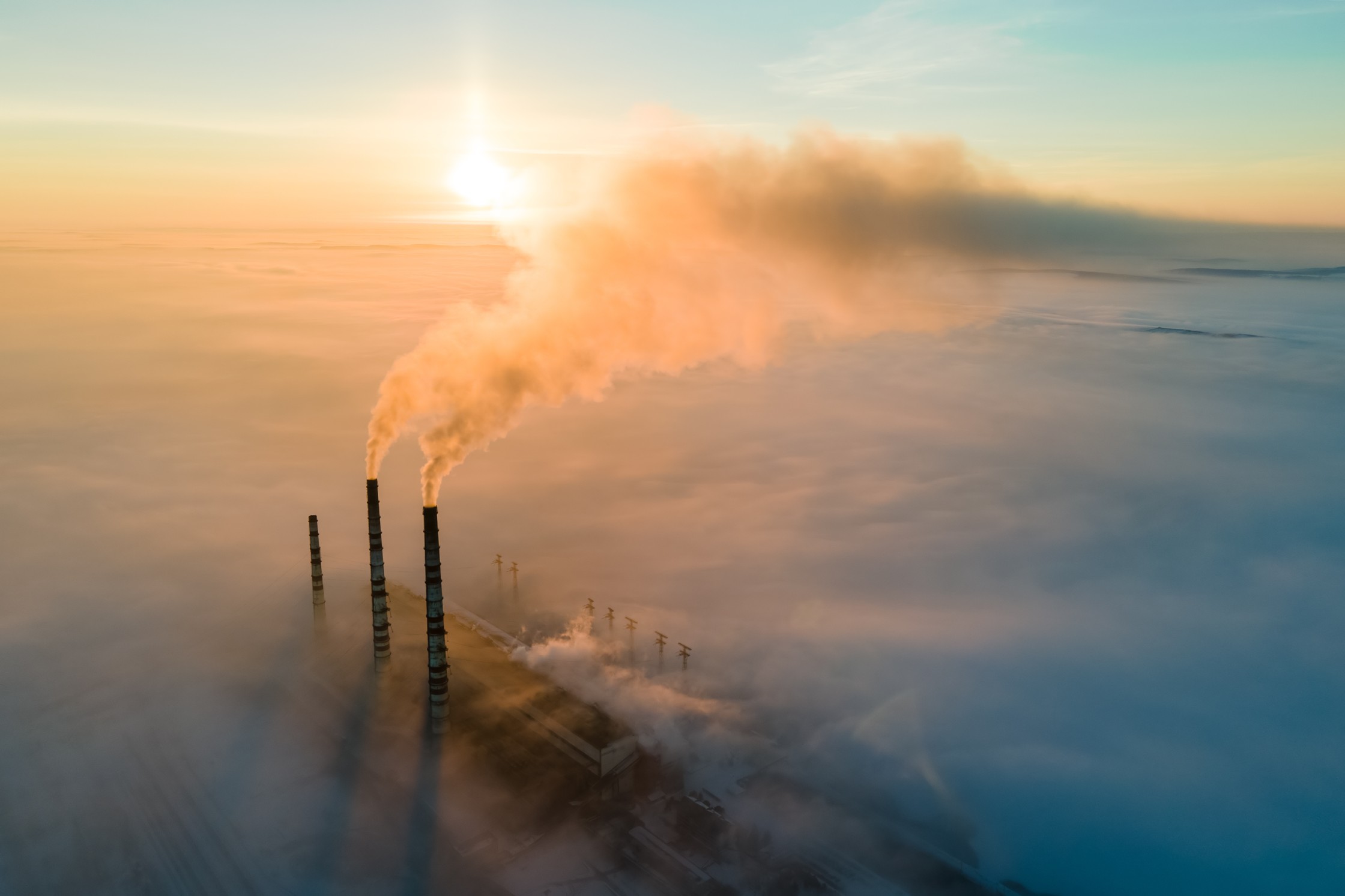 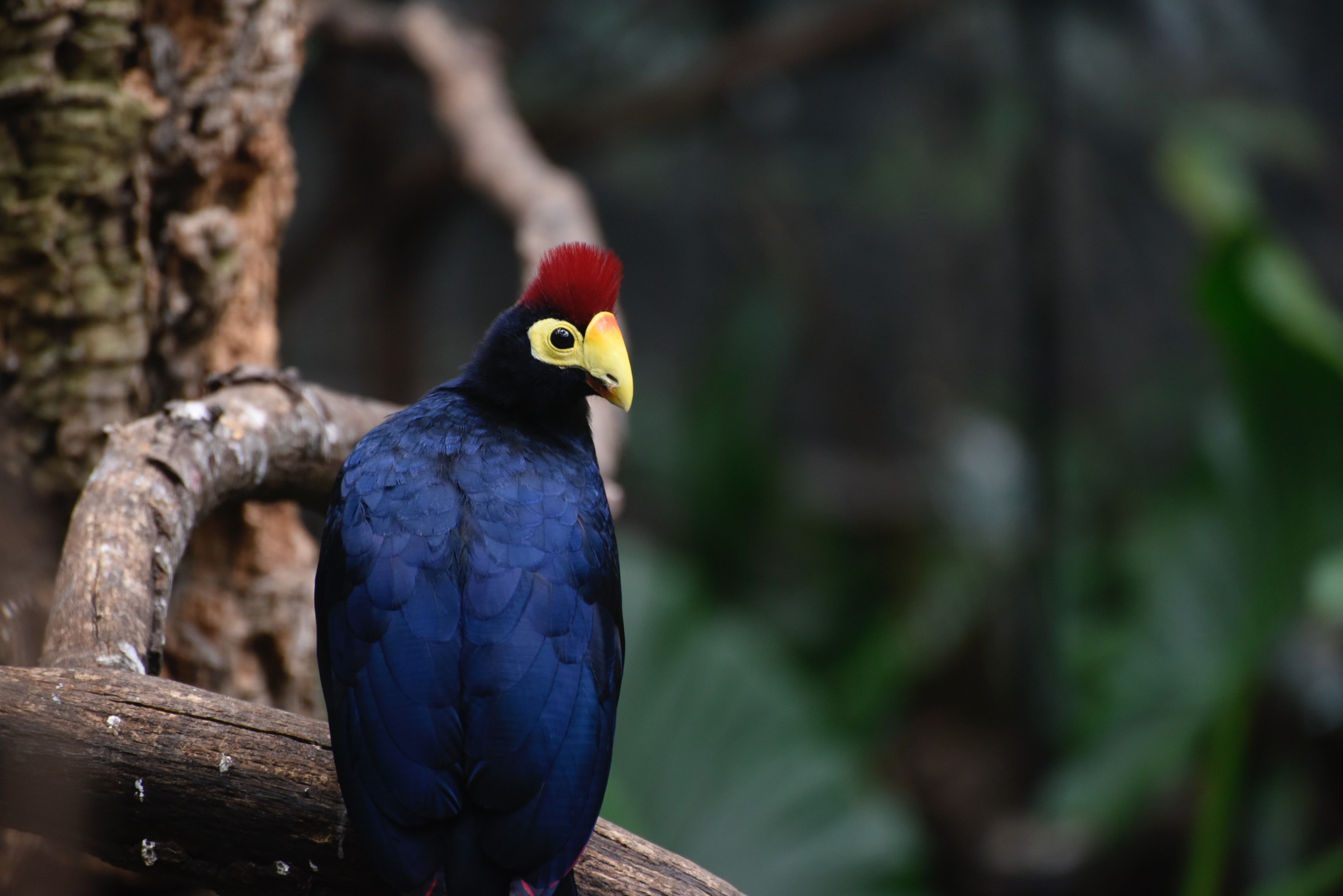 Why is biodiversity important for businesses?
16 Nov 2022

Subscribe to the Supply Pilot mailing list for regular insightful content delivered straight to your inbox. As a subscriber, you will be provided with pragmatic and actionable steps to guide your sustainability and brand transformation journeys.